Health
I will not give up 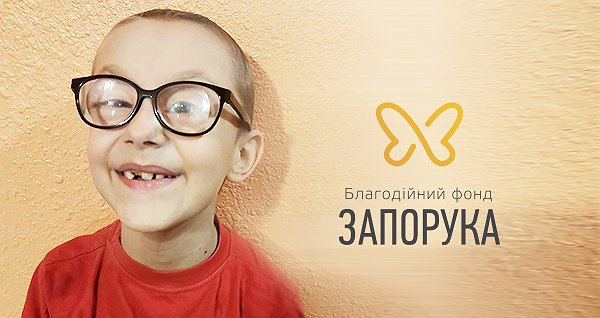 I will not give up

The world met Yaroslav with darkness. At the age of seven months, the boy had his affected lenses removed, followed by other operations to save his sight. However, misfortunes never come singly, and in 2013 the child was diagnosed with kidney cancer – nephroblastoma. Yaroslavchyk received the necessary treatment and returned home.

It seemed that the boy’s ordeal was over as the medical tests indicated remission. Suddenly a new disease occurred –osteosarcoma, bone cancer. The parents save their only son again.

Yaroslavchyk is now receiving chemotherapy but surgery is required to save his leg. The doctors have confirmed the possibility of installing a donor’s bone. A bio implant will help to avoid amputation, or a complicated surgery with the installation of a metal prosthesis that needs to be replaced frequently. The donor’s bone will grow with the child like his own one. However, the cost of such a bone is almost 100 000 UAH.

The family is in despair. It is impossible for them to find such an amount. Dad has severe visual impairment and works as a worker in a society for the blind. The mother does not work, takes care of her son and makes every effort for his development.

Yaroslavchyk is a very positive child who loves to learn, knows many poems and sincerely believes in his recovery! Let’s support his faith! 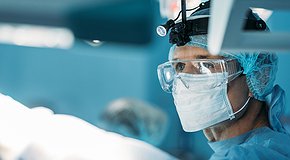 To support
Health
12 ventilators for the price of one
The Charitable Foundation "Kvitna" has initiated a fundraiser to repair 12 lung ventilation devices at t…
Raised
2618.60 UAH
It remains to collect
508776.40 UAH 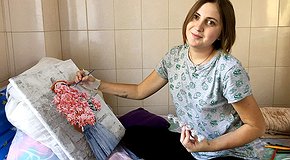 To support
Health
Anya is in trouble
Two rare serious illnesses at the same time became a shock. But Anya summoned up all her strength and ac…
Raised
77540.22 UAH
It remains to collect
60049.78 UAH 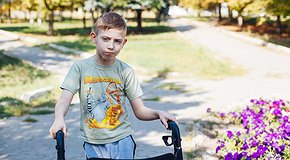 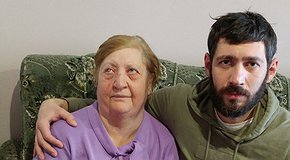 To support
Health
Help stop the cancer! 2
Dear donors! Gensirovskiy family is forced to seek your help again. Andrei and his mother are people wit…
Raised
96670.92 UAH
It remains to collect
81996.08 UAH
Show All