Health
I want to live 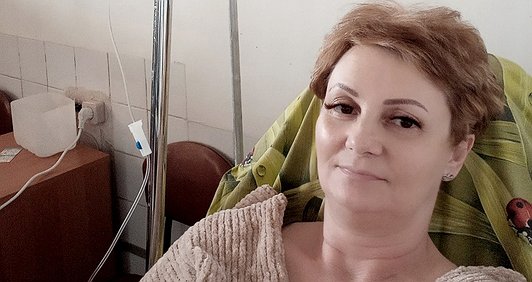 I want to live

50,000 UAH were stolen from her and put an end to her treatment. Two years of struggle for life with stage 4 breast cancer. Two years of endless fundraising. Two years of operations, chemotherapy and radiation. And now again life hangs in the balance. Relapse has occurred. And at the same time they stole funds from a personal card for the next course of treatment. And a pause in treatment for her is death. Half stolen – donations are listed on her birthday, the other half is the credit limit. In general, this is the sum of the next course, which means one more month of life for her. Now this money is gone and she begs you for help.

We have already told the story of the amazing struggle of an extremely strong woman. Stage 4 breast cancer was supposed to put an end to – Iryna was almost blinded in one eye, and metastases affected the head, lungs, bones and muscles. However, neither the disappointing forecast, nor the lack of money, nor the betrayal of the husband who left at the most difficult moment, nor the sick mother, who also needs care, nothing broke her. To her goal – to recover – Iryna goes with her head raised and smiles. He prays for everyone who supports her and gives her every day of her life, every new second next to her relatives – mother and son.

Targeted therapy is a modern antitumor drug that helps her recover. But they are very expensive. This project is the price of a courageous woman’s life for the next six months.

We used to collect money for Irina at UBB.

Diagnosis: moderately differentiated invasive Ca of the left breast. St. IV. T1N1M1 (G2). (Multiple MTS in the lungs, right-sided hydrothorax, liver, multiple MTS in the bone, a single focus in the back of the cerebellum). Condition after radiosurgery of a single lesion in the brain. Condition after 15 administration of paclitaxel + herceptin. Condition after 5 months of treatment with tamoxifen + herceptin. Continuation of the disease. Status after 3 months of taking lapatinib + capecitanib + letrozole. Cl. Gr. 2. 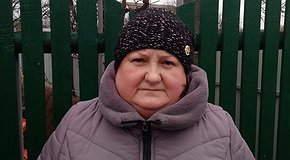 Support
Health
The woman is choking from asthma
Her grandmother and father also had this disease. It is not surprising that the woman is a frequent pati…
Raised
0.00 UAH
It remains to collect
7473.00 UAH 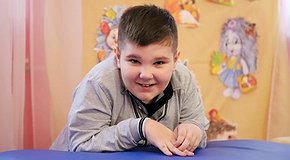 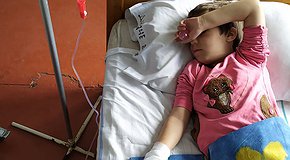 Support
Health
The end of Ania's ordeals
7 years ago in a large Grushovets family were born two daughters, twins Nastia and Ania. The two girls w…
Raised
91498.04 UAH
It remains to collect
198061.96 UAH 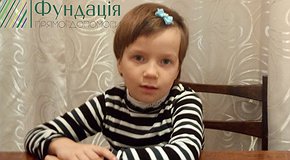 Support
Health
Learn to live again. Part 1
The baby is a vivid example of how everything in life can change in one second and change the lives of e…
Raised
9679.84 UAH
It remains to collect
142320.16 UAH
Show All