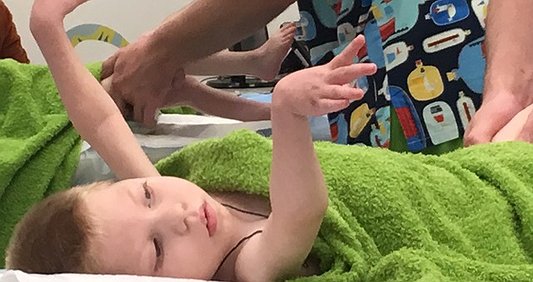 Mykola wants to live without pain. 2

UPD: unfortunately, an hour ago Kolia died. The UBB team brings our most sincere words of condolences to the boy’s family and thanks everyone who supported Mykola.
He did not bother my mother for 40 weeks while he was living under the heart... Mykola is 10th children in a large Kovalchuk family. Parents dreamed of another daughter, so they dared to make a tenth child. And though the family is poor (the father works in the forestry, and the mother is engaged in farming) but still, the family is friendly, and the eldest sons help mom... The whole pregnancy lasted easily and without complications. But the births of Svetlana did not follow the plan: multifamily, doctors forced to artificially cause childbirth, but it was useless... The water left, and the childbirth did not all begin, and the child for a long time was without air.

The emergence of the world and immediately in the department of neonatology. Diagnosis: severe asphyxiation in childbirth, motor disorders, convulsive syndrome, congenital bilateral pneumonia. After a month in a resuscitation mother and child are discharged home...

Now he is 4 years old, but Mykolalooks like a child up to a year. He does not sit, he does not hold his head, does not speak, does not fix his eyes, he is not interested in toys, he does not even react to his mother. His body reduces himself from standing trial, especially at night, because of this Mykola almost does not sleep. Also, the body of the boy had a disease - cerebral palsy, from which he hurt. Muscles and bones are constantly twisting. Now the boy is in a difficult condition. Doctors can not predict anything about child development. In front of him, he has a long way to go and serious rehabilitation.

Thanks to the UBB donors in September 2018, Mykola provided rehabilitation services, namely, 14 classes with rehab, speech therapy counseling and 6 speech therapy classes. The rehabilitant notes the positive dynamics, reduction of spasticity, also marked active head movements in the direction, fixation of the head for 30-40 seconds. Increase in the amplitude of movements in large joints. Significant reduction of the tremor of the limbs. Speaking at a consultation, the speaker noted that the child only eats food, does not chew and talk independently. Therefore, 6 sessions of speech therapy sessions were conducted, namely, massage of the oral cavity, face, muscle of the hands and chest. It was necessary for vocalization, a formation of articulation positions, movements of the tongue. After the performed positive dynamics is noted, namely, the child appeared on exhalation, some of the faces began to be more mobile.

Mykola has made a certain step forward, but it is necessary to do further. The doctors provided Mother Svetlana with recommendations for home rehab and repeated courses in 3 months. This, in turn, will help small steps to go forward. The first task - to reduce the spasm of the muscles to a minimum and make sure that Mykola kept his head. And then he gradually learned to sit, stand and so on. We sincerely believe that our ward will succeed. Now that he is smiling and recognizing his mother began reacting to his parents who love him, the boy needs rehab. Two rehabilitation costs 32,800 UAH. Let's take Mykola together for pain and make him healthy! 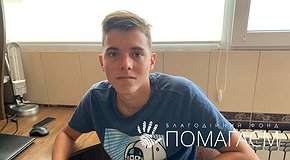 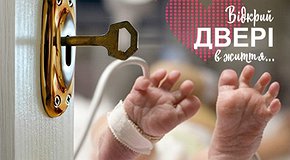 To support
Health
Open the door to life
Every fifteen baby in Ukraine is born prematurely. And this is one of the main causes of child mortality…
Raised
1605.42 UAH
It remains to collect
66382.38 UAH 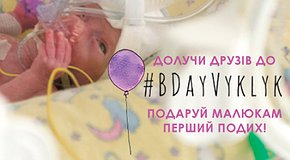 To support
Health
BDayVyklyk: first breathe
Preterm newborns are the most vulnerable and the most challenging category of patients. Since their firs…
Raised
1396445.50 UAH
It remains to collect
233299.50 UAH 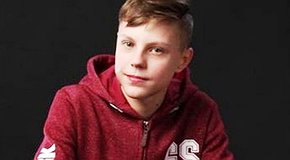 To support
Health
Dima and cystic fibrosis: who will win? 2
Dima lost a lot of weight after exacerbation and treatment in the hospital. In this project, we raise fu…
Raised
23803.10 UAH
It remains to collect
19187.90 UAH
Show All