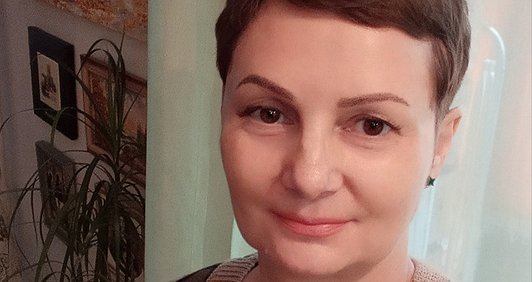 "God, let those who saved me be healthy." Every day, she prays for her assistant and asks God to thank strangers for their health. Thousands of people heard her frantic cry for help and helped to back out of the abyss. Oncological diagnosis – stage 4 breast cancer – sentenced Irina to death. Time went by days. Metastases struck the head, lungs, muscles, bones. She no longer saw one eye and can not to stand up. Doctors have proposed an experimental protocol for hundreds of thousands of hryvnia. The woman underwent cyber-knife operations and many chemotherapy courses.

In an instant, the family in which she had always been the main one in charge came to poverty, but a miracle happened and the illness began to disappear. Irina has won a whole year of her life. This year was not easy. Went away from problems man. In order to treat and support the family, her 70-year-old sick mother came to work and went abroad to work for her son. Irina herself always smiles, cheers on the ward and shares the last. Doctors call it a solid nut.

The condition stabilized for six months, but now the nodules appeared on the control CT. Kidneys and liver are affected by powerful chemotherapy and irradiation. All the earnings of mother and son go to treatment, but they are only a small part of the necessary, the lion's share is constantly helping to collect strangers. Today, all of Irina's family is again seeking help and tearfully asking for support. Again, they need expensive miracle products that give them every new day of life, complex but very joyous.

Diagnosis: moderately differentiated invasive Ca of the left breast. St. IV. T1N1M1 (G2). (Multiple MTS in the lungs, right-sided hydrothorax, liver, multiple MTS in the bone, a single focus in the back of the cerebellum). Condition after radiosurgery of a single lesion in the brain. Condition after 15 administration of paclitaxel + herceptin. Condition after 5 months of treatment with tamoxifen + herceptin. Continuation of the disease. Status after 3 months of taking lapatinib + capecitanib + letrozole. Cl. Gr. 2. 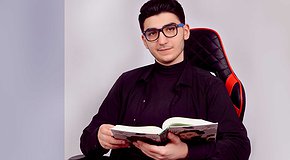 Support
Health
New life in the new year
For two years in a row, Danylo spent the Christmas holidays in the hospital. With a dropper by the bed i…
Raised
133395.74 UAH
It remains to collect
806864.26 UAH 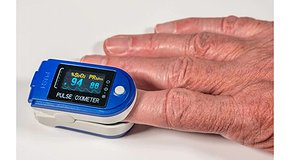 Support
Health
Еasier to breathe. 2
We are running out of pulse oximeters. There are so many requests that we do not have time to buy. And w…
Raised
8089.95 UAH
It remains to collect
5510.05 UAH 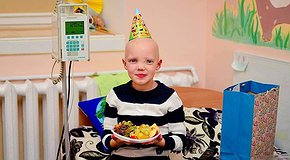 Support
Health
Give children a chance for life without pain
“Terminally ill" is a diagnosis that turns a person's daily life upside down and forces to live by the n…
Raised
3792.85 UAH
It remains to collect
98327.15 UAH 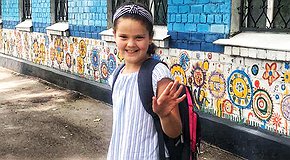