Health
Pill for the old people. 5 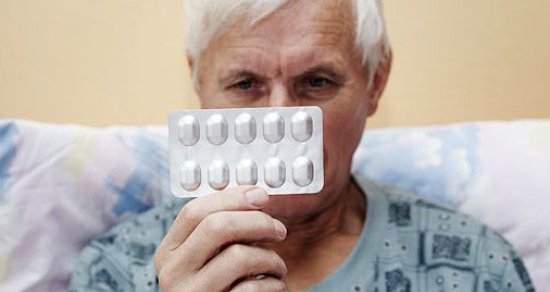 Pill for the old people. 5

From the beginning of the conflict in the Donbas, while fleeing the war, people left their homes and settled in different parts of Ukraine, and practically without the help of the state began a new life "from scratch". Especially difficult it is for the elderly people who are forced to seek shelter in different corners. People gave their strength and health to work for the country, and when they were aged, the country would have to repay the debt and provide them with a decent life, but... Many of them have to step over their pride, asking for help. And it can be very humiliating for someone – to feel helpless.

Since 2014, our Foundation is trying to help these old ones at least to survive. In particular, with the help of UBB donors, we regularly help the retired IDPs with medicines. In each project, we tell donors about our beneficiaries. So meet the two more:

Viktor Fedorovych was born during the Second World War. Got a good education. Served in the army. Was engaged in sport. He worked in Lugansk at the plant, to which he devoted 51 years of his life. Starting with a simple locksmith, he retired from the post of a head. "I got retired thinking, finally work is over, now is the time to live. The repair in the apartment was finally finished, the new car was bought. For a year I lived like that and than I had to flee from there". The man was a great patriot of his country, did not want to return to occupide territories. And no matter how difficult it is now, he does not accept the self-proclaimed authorities.

Nina Ivanivna is from Luhansk. She graduated from the school with a gold medal, enrolled in a machine-building institute. Worked at the plant for 28 years, until was not invited to the post of head of a department in the local administration. One day she saw that flying planes, went out to the street and then realized that the war had begun. A few days later her daughter called and said: Mom, you're leaving today! The took a train without having a ticket, so in 2014 Nina Ivanivna came to Kiev. It was very difficult to find a home, she managed to settle in a university dormitory, where her daughter lives.

In the framework of this project, we are aiming to help with the medication 6 elderly. Support us and a decent old age! 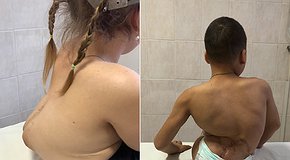 To support
Health
Operation "coagulation"
Sasha and Marichka have very hard spinal deformities. Even super-experienced surgeons are in shock.
Raised
70092.42 UAH
It remains to collect
601907.58 UAH 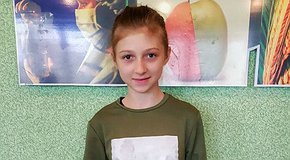 To support
Health
I want to hear and be heard
Sophia is one daughter in the family of hearing parents. By the age of five, she was developing like a n…
Raised
535.88 UAH
It remains to collect
83462.12 UAH 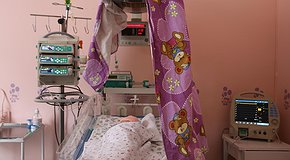 To support
Health
To help babies
Babies are born in the country every minute, and it often happens that their fate does not depend on the…
Raised
8979.68 UAH
It remains to collect
40788.32 UAH 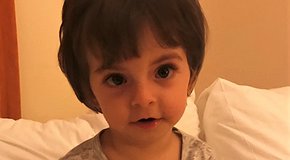 To support
Health
Little Alisa beat the disease. 3
The slightest drop of mom's milk she was vomiting, they put her drip and fed through a tube. Alisa was t…
Raised
20840.52 UAH
It remains to collect
18159.48 UAH
Show All