Health
For her eyes not to fade away 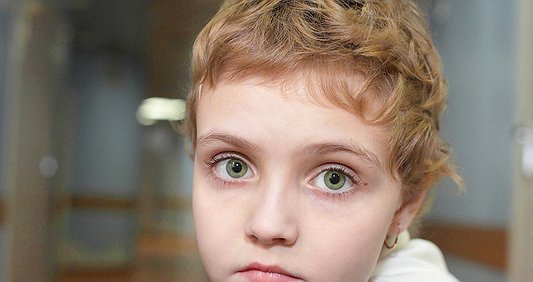 For her eyes not to fade away

A 9-year-old girl really wants to live but in Ukraine she cannot get help – for almost two years all available treatments have been exhausted. There is only one hope – treatment in Germany! To overcome neuroblastoma – a large tumor in the retroperitoneal cavity – our little princess needs help of the others. She needs help of those people who don’t know her but they still do care about her.

Until the autumn of 2011 her life was like everyone’s: she might catch a cold or some other minor disease. In autumn of 2011 Katia went to school. She grew thin but the parents thought it was because of the school. In early December she suffered from unexplainable fever and abdominal pain. They went for an ultrasound examination and were shocked – a huge tumor in the retroperitoneal cavity was detected. At the regional hospital biopsy was performed, a diagnosis was made – neuroblastoma and treatment began – chemotherapy. The treatment continued till June 2012. During that time Katia had been ill with chicken pox, pneumonia and spent 28 days in an intensive care ward. The tumor decreased but only slightly. That’s why Katia continued treatment at the National Institute of Cancer where she had 4 cycles of chemotherapy.

Eventually, in late April of 2013 Katia was discharged from the hospital! However, the treatment continued even at home – biotherapy. The summer passed quickly. Over the summer Katia even managed to catch up with her classmates. And on September 1st, 2013 she went to the third grade. But regular MIBG-scanning in September detected the presence of new lesions. And again chemotherapy!
After 2 cycles it was clear that such treatment did not produce results. Now the Ukrainian doctors cannot offer any methods of treatment – the girl can be treated only abroad. But the cost of treatment is too high for the family – 231 000 euros for the first stage. The Charitable Marathon is raising 150 000 euros. Katia’s family has to find the remaining amount – 81 000 euros. The girl’s parents will never be able to pay such a sum of money and they will not be able to cope with the disease on their own. 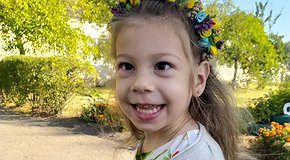 To support
Health
Death has won – cerebral palsy will win! 3
Nika has every chance to live a full life and catch up with her peers! Despite the fact that the girl ha…
Raised
5880.12 UAH
It remains to collect
24119.88 UAH 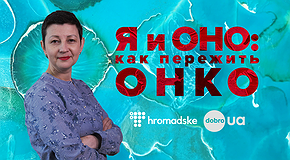 To support
Health
Me and it: How to survive cancer?
"When you hear a diagnosis with the prefix cancer, it is as if you are forcibly packed in heavy armor, h…
Raised
30685.65 UAH
It remains to collect
314.35 UAH 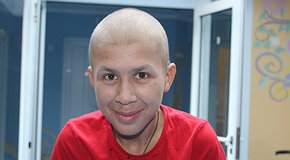 To support
Health
Andriy’s life mechanism
Andriy has always been reliable support for his family. He is a real helper for his mom and dad, for his…
Raised
12974.83 UAH
It remains to collect
42585.17 UAH 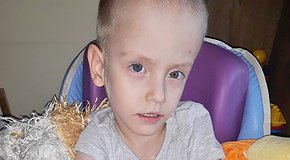 To support
Health
The hard way to recovery. 5
Vitia Porokhovoi is a special child who has been struggling for his life since he was born. He was born …
Raised
15132.39 UAH
It remains to collect
8867.61 UAH
Show All