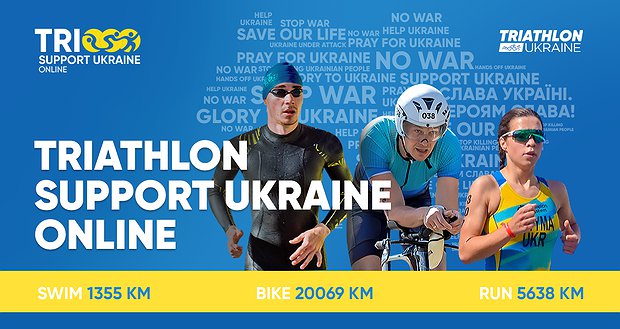 Triathlon Support Ukraine online is a charity virtual triathlon competition, during which each participant individually or in a team covers (swims, cycles, runs) the maximum number of kilometers during a certain period. The main purpose of the competition is to raise money for charity and add motivation to participants to train regularly. Anyone from anywhere in Ukraine and the world can join.

The goal of the fundraiser is to help Kharkiv's perinatal center, where women in labor are giving birth despite the constant attack from the sky from Russia. The shelling has not stopped day or night for two months. Now there is one neonatal intensive care unit in the entire Kharkiv region. And it is just on the basis of the perinatal center. Doctors here 24 hours a day, saving the lives of young patients. Today in the intensive care unit there are constantly 15 children in need of medical care, modern equipment and all the efforts of doctors who do not leave their place of work. It is now imperative to purchase a modern phototherapy lamp to prevent jaundice in children. Lamp rays have a certain wavelength and transform the "harmful" bilirubin in a form that is easily eliminated from the body, that is, phototherapy lamp performs the function of the mature liver.

Triathlon Support Ukraine online is a challange, where all participants have a common important goal – all together to overcome symbolic for Ukraine distances:
- To swim 1,355 km, which is the total length of the sea border of Ukraine
- Cycling 20,069 km – the total length of national highways of Ukraine
- To run 5 638 km – the length of the land border of Ukraine
The competition is organized by Run Ukraine and Sapik Team triathlon club.

There hasn't been a day since the beginning of the war when the Russian occupiers haven't bombed Kharkov. Every day and night there are explosions in the city, the destruction of civilian objects, and the deaths of innocent people and children. But in the Kharkov regional perinatal center, women give birth despite the constant attack from the sky from Russia. Now there is one neonatal intensive care unit in the entire Kharkov region. And it is just on the basis of the perinatal center. Here doctors save the lives of young patients 24 hours a day. Now there are 15 babies in the intensive care unit, who need medical care, modern equipment and all the efforts of doctors, who do not leave their place of work.

The head of the center Irina Kondratova explains: it is impossible to give birth in basements, which serve as a shelter. "Where to give birth, how to find safe conditions, we realized that in those basements that we have, we cannot deploy an operating room or birthing room, it will not withstand any sanitary standards, we decided to deploy everything here — in the infectious diseases unit. and operating room, here we have a ward where we transfer girls with children and partners", says Kondratova.

Despite the optimistic mood of doctors and well-coordinated work of all medical personnel, they need technical assistance. Namely medical equipment We are collecting funds to purchase a modern phototherapy lamp to prevent jaundice in children.

80% of premature babies, especially those weighing less than 1500 grams, have jaundice, which must be treated. For effective and non-aggressive treatment there is a special phototherapy lamp, its rays have a certain wavelength and convert harmful bilirubin into a form that is easily eliminated from the body, that is, phototherapy lamp acts as a mature liver. After 1-2 weeks of lamp use the liver of a premature baby begins to function normally, and thus we save the baby's brain from the toxic damage of bilirubin and avoid transfusions of foreign blood. With this lamp, the newborn can be treated with phototherapy in the crib, lying on a special lamp cover. And if the lower type lamp is used with the upper type lamp, it will help to increase the irradiation area and the bilirubin level will be reduced in a matter of hours.

Just imagine, these little grateful children will not suffer from the negative effects of "evil bilirubin".

Every contribution will save children's lives! 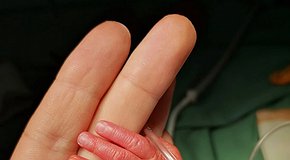 Support
Health
Make the safety of doctors a reality
Equipping hospitals with modern equipment and medical supplies is one of the priority tasks facing socie…
Raised
33331.45 UAH
Still needed
152701.55 UAH 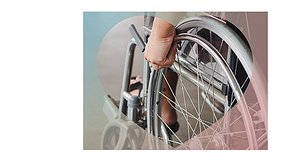 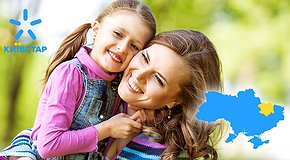 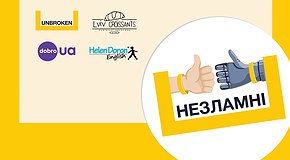