Health
Save the baby from death 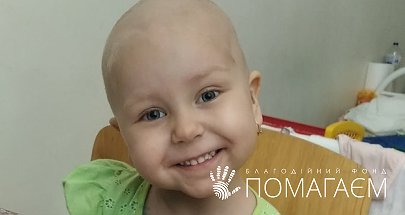 Save the baby from death

In the spring of 2020, when the whole world was suffering from the first wave of quarantine, a more terrible disaster came to the Zakharov family. Lera, the youngest daughter of Anastasia's mother, fell ill. A month later, the baby was diagnosed with acute lymphoblastic leukemia. The family lives in an urban-type settlement of the Donetsk region. In May 2020, Lerochka felt unwell. For several days the temperature did not go down, and after a while mother noticed subcutaneous hemorrhages on her daughter's body. The woman immediately went to the family doctor, but the prescribed treatment did not help. After two weeks, the child became worse. I had to go to the doctors again.

Having discovered an increase in internal organs, doctors from Toretsk sent Leru and her mother to Kramatorsk for examination. It was there that doctors suspected leukemia. By this time, Lera's condition had deteriorated so much that she had to call an ambulance car and take the girl to the nearest intensive care unit in Slavyansk, where she spent several days while the doctors stabilized her condition. And only after that, the child got to the Dnipro Regional Children's Clinical Hospital, where the diagnosis was confirmed: acute lymphoblastic leukemia.

In June, Lera began taking the first chemistry protocol. She endured four blocks of Cytosar well. Leroux and her mother were allowed to go home for a break before the next block. And a month later they came to take repeated tests. Puncture of the bone marrow showed a high level of blasts, and a disappointing answer came from Kiev: an early relapse.

Lera is now at the Regional Hospital. She has three more anti-relapse blocks of "chemistry" ahead of her. The first one ended the other day. The treatment has very severe side effects. Lera suffered a high temperature and intestinal paresis (stoppage of work). But the little girl withstood and is ready to continue the treatment.

After all the chemotherapy blocks, Leroux will have a bone marrow transplant. But this is still a long way off. Now the girl needs expensive medications to continue treatment. We are opening a fee for UAH 50,000 to pay for medicines. It is already known for sure that Lera will need Nifuroxazide, Biseptol, Atenative, Albunorm, Creon and saline, possibly antibiotics.

Lerochka is very cheerful and cheerful, loves to dance and paint, she has a favorite doll, which she “nurses”. At the age of 3, the girl is already talking with might and main. Of course, she doesn't understand the risks of relapse and bone marrow transplantation. Her relatives are dying from fear for the future of her daughter. They really need our help now. Please support Leroux in this fight! 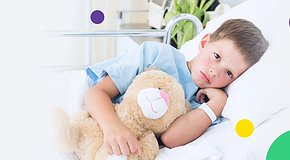 Support
Health
Save the heart
Each hryvnia, transferred to the project "Save the heart", helps us to save children with congenital hea…
Raised
3160251.0 UAH
Supported

Support
Health
Beyond the senses. 2
When Misha turned one year old, it was as if they had changed him: his smile disappeared, as well as sou…
Raised
18080.0 UAH
Still needed
25420.00 UAH

Support
Health
Let’s build new Dacha together!
It is important for everyone to feel safe, to be able to hug their parents. Especially for children affe…
Raised
3731789.43 UAH
Still needed
1730458.44 UAH
Show All
Large image size