Social help
Food for the poorest. 20 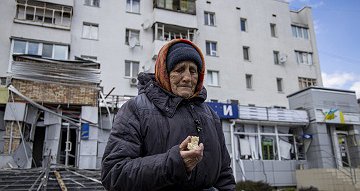 Food for the poorest. 20

The war made its cruel adjustments to all spheres of Ukrainian life. Particularly affected were those who lost their relatives, were injured, were left homeless as a result of aggressive hostilities on the part of Russia and are forced to live in the relatively safe territories of Ukraine in the status of migrants. And also especially vulnerable were those who, even before the war, could barely make ends meet – old people, weak and sick lonely people. For quite a long time we have been helping such people to survive by supporting them with the most necessary things – food and essentials.

Our wards have been eating for a long time at the Charity Canteen, which operates under our Foundation, and for older people who cannot come for a portion of a hot meal on their own, we deliver groceries and the most necessary things for life home. Now, during the full-scale war in Ukraine, we are also helping internally displaced persons from the temporarily occupied territories and territories where active hostilities are taking place, who have found temporary shelter in Khmelnitskyi. Therefore, with the funds raised under this project, we plan to purchase the necessary products for preparing hot meals in our Charity canteen and delivering food packages home for our 55 wards – lonely elderly and sick Khmelnytsky residents and internally displaced persons living in the city.

First of all, we are talking about those of them who also have a respectable age and are left alone, have a disability or care for a person with a disability, large families who fled the war and were left with a minimum of things and a lot of problems.For all of them now, the first priority is simply to survive.

For example, a grandmother Raisa, who was evacuated from the Kyiv region with her three grandchildren. Long before the war, a woman sold her hut in the Khmelnytskyi region, thinking she would live to old age with children in the Kyiv region. Now she is forced to huddle with her former neighbors, who sheltered her with her grandchildren in their home. However, among our wards there are many lonely old women who have no relatives, and some of them have nowhere to return.

Now we need to raise 35,000 UAH to meet the urgent needs of such disadvantaged people who are registered with us.

We ask you to join us, to make your own contribution to our common cause – the salvation of those who suffered the most from the war, assistance to the weakest and most vulnerable. Thus, together we bring our victory closer, each on his own front! 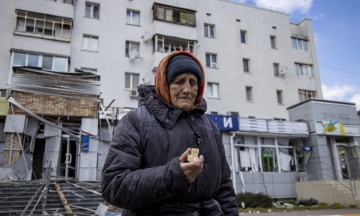 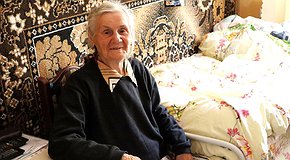 See more
Social help
Food for the poorest. 22
Thanks to this project, we will be able to provide food for 30 elderly people of Khmelnytskyi. When you …
Raised
30000.0 UAH
Completed
Show All
Supported
All donors 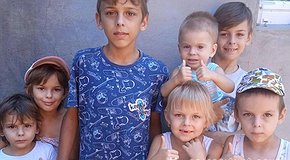 Support
Social help
Warmth for a big family
11 children are currently being raised in the foster family of Olena Shafran. On the eve of a severe win…
Raised
20032.03 UAH
Still needed
36767.97 UAH 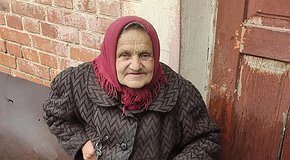 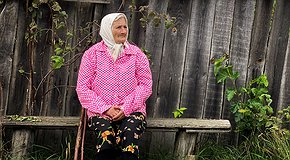 Support
Social help
Transport for urgent care of the elderly
Thanks to this project, we will be able to fix our truck, thanks to which we have an opportunity quickly…
Raised
10544.0 UAH
Still needed
96767.00 UAH 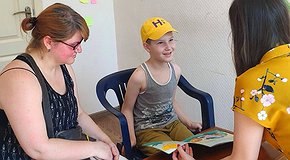 See more
Social help
Food for the poorest. 22
Thanks to this project, we will be able to provide food for 30 elderly people of Khmelnytskyi. When you …
Raised
30000.0 UAH
Completed 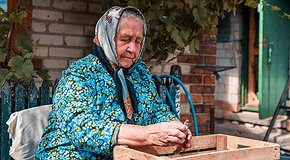 See more
Social help
Food for the poorest. 21
Thanks to this project, we will create 30 food kits for elderly single people, large families of IDPs, a…
Raised
30000.0 UAH
Completed 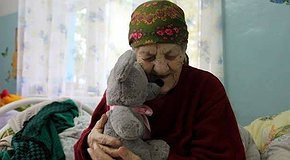 See more
Social help
Food for the poorest. 19
Old, weak and lonely people who are forced to live out their lives in poverty and want... What could be …
Raised
25000.0 UAH
Completed 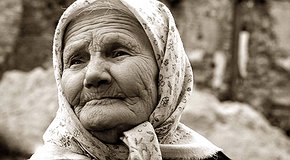 See more
Social help
Food for the poorest. 18
The charity canteen, which has been operating with our foundation for many years, is the only one in the…
Raised
30000.0 UAH
Completed
Large image size