Ukraine and Community support
The glade of fairy tales 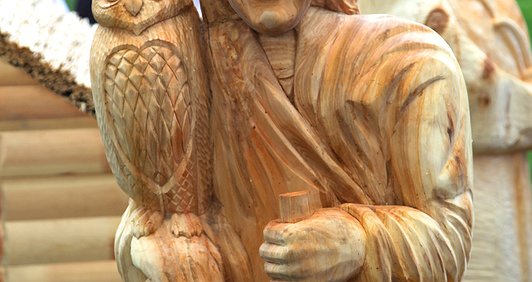 The glade of fairy tales

Our children have already forgotten who Ivasyk Telesyk and Kotygoroshko are! They mix Kolobok with Teletubbie, Koza-dereza has been changed into Pokemon. NGO „Spas” decided to give Ukrainian fairy tale back for chidlren from Zaporizhzhya, thus to create “the meadow of fairy tales” with characters’ figures. And as much money as adults will find, as many characters will be settled in this beautiful meadow!

Zaporizhzhya is industrial city where there is an acute problem of children’s leisure time. Safety places are almost absent here. Our goal is to create playing complex “The meadow of fairy tales” with merry-go-rounds, swings, and the most interesting – figures of characters of our fairy tales.

Children in Zaporizhzhya grow among soviet swings in terrible conditions. The school of Cossacks’ art “Spas” launched the building of playing ground “Kotygoroshko” at the territory of complex “700 years old Zaporizhzhya’s oak”.

The meadow counts more than 20 figures of folk fairy tales, that have been made of wood. And playground for children includes drums for running, such as merry-go-rounds, swings, play pits and decorated benches for adults.

This complex decides not only the problem of available and safety places for leisure time of children and their parents (the complex has security and the entrance fee is absent). The project also facilitates to respect historical and cultural treasures. Near Zaporizhzhya’s oak children will be meeting by immortal characters of folk tales– they are Ivasyk Telesyk, Kotygoroshko, Roksolana, Pes Sirko, Kozak Mamaryga. And finally we will return the real fairy tale for our children, as well as these interesting heroes. And we will divert their attention from computers and TVs.

Within the festival of folk art „Zaporizkiy Spas” masters have already created more than 10 figures of wood. Unfortunately, we don’t have enough money for the rest. And we want to finish this meadow so much and make it marvelous and cozy. We appeal to help us in this initiation!

This project was canceled, the amount collected is 36 UAH. The funds were disposed of in accordance with the Rules, Principles, and Procedures of the Ukrainian Philanthropic Marketplace (UBB) International Charitable Fund and the decisions of the Project Donors. 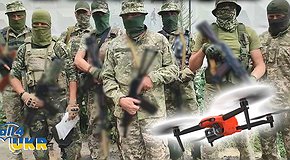 Support
Ukraine and Community support
A bird for Ukrainian scouts
Thanks to this project, Ukrainian scouts will receive a copter-type UAV for conducting reconnaissance in…
Raised
29012.0 UAH
Still needed
290988.00 UAH 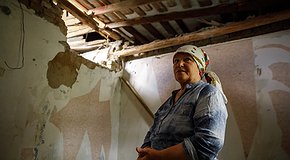 Support
Ukraine and Community support
New home
As part of the premiere of the documentary film "The Lost Home", the The Dobrobat volunteers and the cha…
Raised
83951.0 UAH
Still needed
416049.00 UAH 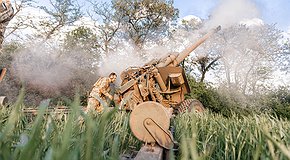 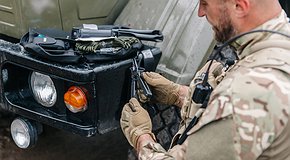 Support
Ukraine and Community support
Demine Ukraine
We are raising funds to purchase demining kits and metal detectors and hand them over to the specialists…
Raised
245590.43 UAH
Still needed
354409.57 UAH
Show All
Large image size